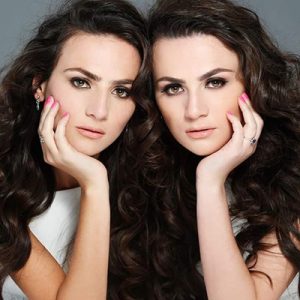 Born in Albania, twin sisters Argita and Detina Zalli were ten years old when the government collapsed and civil war broke out. Two years later, after several failed attempts to flee the violence and poverty, they escaped with their parents to England.

Overcoming the formidable challenges of being refugees, both young women achieved academic success and went on to become highly accomplished PhD research scientists and lecturers.

Influenced by Barack Obama and eager to help others, they founded We Speak Science, a nonprofit organization that supports disadvantaged students throughout the world, particularly immigrants, whose circumstances hinder their ability to learn at school.

Subsequently, in collaboration with world-class oncologists and scientists, Argita and Detina cofounded Aferdita Ime, a nonprofit initiative that seeks to help cancer patients through psychosocial support and counseling.

“Good Morning, Hope, is an inspirational, evocative book that tells the harrowing true story of identical twins fleeing war and violence to create a new life in a new land. Now both leading world scientists, Argita and Detina have created a remarkable work, one that will linger long after the reading is done.”—Paul Rosenberg, award-winning leadership coach, speaker, and strategist

“The story of the Zalli family is the most inspirational example I’ve ever seen of how the power of love and the positive attitude it creates can transform misfortune into success. This could be the answer to that enduring question of why some are driven to great achievements in life while countless others fail.”—JD Freedman, writer and filmmaker

Books by the Zalli Twins 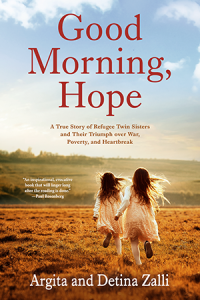 Coming 2022
We use cookies to ensure that we give you the best experience on our website. If you continue to use this site we will assume that you are happy with it.Ok