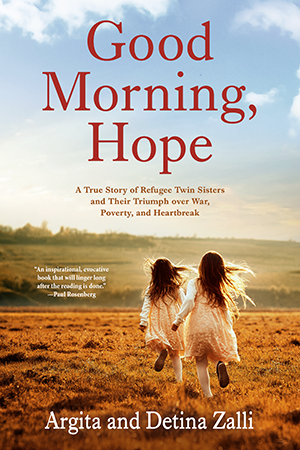 A True Story of Refugee Twin Sisters and Their Triumph over War, Poverty, and Heartbreak

“The spirit inside kept their dream alive.”

Good Morning, Hope is the inspiring true story of the Zalli family, forced by war to flee their beloved homeland.

In 1997, Albania experienced a financial crisis far worse than the global financial crisis that would come a decade later. The new free market economy toppled, and pandemonium broke out in the streets. Tons of munitions were looted from Soviet-era armories, and every man age twelve and older was forced to carry a gun to survive.

It took over two years for twin sisters Argita and Detina Zalli and their parents to escape the madness. When they finally made it to England, smuggled out by truck, the thirteen-year-old twins believed life would be much better, but that couldn’t have been further from the truth.

Now refugees, the girls were mercilessly bullied by their peers and constantly afraid they would be sent back to Albania and their parents would be sent to jail. To make matters worse, their father could not find work.

But not only did the twins survive, they thrived. Their sense of humor, coupled with their inherent genius, charm, and near-psychic ability to work together, helped them overcome their many challenges. Together, they outsmarted the bullies, sidestepped MI6 and the SAS, disposed of a kidnapping pimp, and went on to become highly accomplished PhD research scientists and lecturers.

In Good Morning, Hope, Argita and Detina share their remarkable, action-packed journey, as well as their unique bond as twins, which nurtured and sustained them throughout their perilous ordeal.

“An engaging, thoughtful book based on a real-life story. It speaks of the harsh life experience of twin girls and their loving parents, who were forced to flee their home while facing deadly dangers, then left to their own devices to figure out the rules of survival in another country. . . . Perhaps Good Morning, Hope will change your world outlook, make you consider helping refugee children, or ponder what you can do to ensure that such tragedies never happen again.”—Julia Brodsky, STEM education researcher at the Blue Marble Space Institute of Science and former NASA astronaut instructor

“Good Morning, Hope is an inspirational, evocative book that tells the harrowing true story of identical twins fleeing war and violence to create a new life in a new land. Now both leading world scientists, Argita and Detina have created a remarkable work, one that will linger long after the reading is done.”—Paul Rosenberg, award-winning leadership coach, speaker, and strategist

“The story of the Zalli family is the most inspirational example I’ve ever seen of how the power of love and the positive attitude it creates can transform misfortune into success. This could be the answer to that enduring question of why some are driven to great achievements in life while countless others fail.”—JD Freedman, writer and filmmaker

Born in Albania, twin sisters Argita and Detina Zalli were ten years old when the government collapsed and civil war broke out. Two years later, after several failed attempts to flee the violence and poverty, they escaped with their parents to England. READ MORE 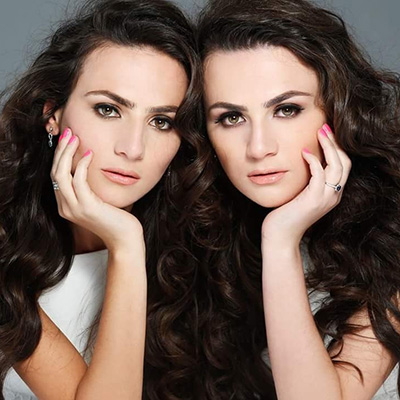