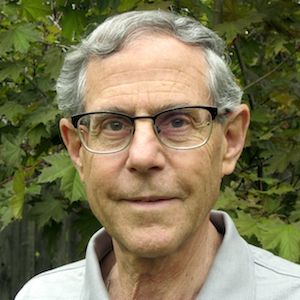 Rich Israel was born in December 1945. The baby boomer generation officially began January 1, 1946, so Rich says, “I was sent ahead as a scout to prepare the way.”

Raised in Sacramento, he spent his college years at the University of California, Davis, campus, where he initially studied engineering, then transferred to biological sciences because of his love for nature. After graduation, he worked for the entomology department at the university for a year before dropping out and embarking on many of the adventures described in his writings.

In the early 1970s, Rich coauthored the first back-to-the-land book for his generation—a self-published guide titled Homesteaders Handbook. He went on to study natural medicine and worked in the natural foods industry for a dozen years. In 1991, he authored The Natural Pharmacy Product Guide, which remained on the Nutri-Books “Top Ten List” of health books for four months.
​
Rich is currently working on Trippin’, the second book in his Hippie Adventurer Series. He lives with his wife, Doris, in Boulder, Colorado.

“The author is a highly skilled storyteller—he describes each scene and person so well that the reader feels he was actually present. The book itself is inviting with meaningful quotes at the beginning of each part, some artwork, and a few photographs. The dialogue is crisp and well-placed . . . The reader is engaged from the first page to the last. Mr. Israel notes that this book is the first of a series he is calling The Hippie Adventurer Series. Looking forward to the next one!” FIVE STARS—Readers’ Favorite

“Israel’s flowing memoir . . . is well organized, recounting the laughs, the sensuality, the highs and the sometimes very real danger he indulged in without apparent residual regret or embarrassment. He was always ready to move to the next happening, loveliest or mountaintop trail, as befit the era and the ethos. With a sequel in the works, Groovin’ is poised to attract a tuned-in readership of former (and current) hippies, and armchair ’60s fans seeking a contact high.” RECOMMENDED.—US Review of Books

Book Q&As with Deborah Kalb
Guest post, He Said Books or Me
Summer of Love Turns 50!
We use cookies to ensure that we give you the best experience on our website. If you continue to use this site we will assume that you are happy with it.Ok