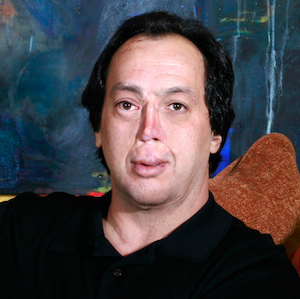 As a newborn, Howard Shulman lost a good part of his face to a staph infection. After his parents left him and he was made a ward of New Jersey, he spent his early childhood confined to a hospital. Years later, a veteran of the foster care system and a homeless dropout, Howard did what he had to do to turn his life around, ultimately becoming the owner of a thriving business. He currently lives in San Diego with his wife and two stepdaughters.

A portion of the book proceeds will be donated to Hillsides Organization:  “a premier provider dedicated to improving the overall well-being and functioning of vulnerable children, youth, and their families.”

Jo Fidgen of Outlook, BBC World Service, interviews Howard about his difficult childhood following his tragic illness and the abandonment by his parents, as well as the chance event that led him to his birth mother 40 years later.

“Howard Shulman — From Bullied Outcast to Successful Family Man”
Man Confronts Mom 38 Years after Being Abandoned
Facing His Past
As My Face Disappeared, So Did My Mother and Father
We use cookies to ensure that we give you the best experience on our website. If you continue to use this site we will assume that you are happy with it.Ok